Finding love online is no longer the taboo that it used to be in the yesteryears. It was a part of the natural progression of using technology to make life simpler, which in this case, was supposed to replace the tango that preceded asking someone out. Now with a barrage of apps at our disposal, why would another one from one of the least-trusted companies make any sense? Before you swipe left, let me try to explain.

‘Secret Crushes’ is a new feature that Facebook will be rolling out in the coming months, where users can add up to nine of their friends who have opted in. If both parties happen to add each other in their lists, they will be notified of that “match”. All of this happens privately, that is, no one else will be informed about this. This is basically meant to make the initial conversations and the process of “asking out” easier, with friends for whom you may have a thing for, but might be too nervous to admit otherwise. Orkut, the OG social media platform had something similar where users could create ‘crush lists’ and it worked in the same way. Most of us might be too young to remember that.

Facebook’s execution should be a lot more polished, and might I say, promising. Sure, their current reputation makes a lot of us want to delete the app or restrict our usage and announcing a rather intimate feature like this at such a time might not be received in the correct sense. I will address those concerns in a bit, but here’s why, when we look past that with optimism, Facebook’s attempt at playing cupid makes a lot of sense.

There is a lot of fish in the sea, especially the one in Zuck’s backyard. With over 2 billion active monthly users as of March 2019, it is by far the biggest social media app, and ergo, potentially the biggest dating service. That just massively increases the denominator of options to choose from. In comparison, Tinder has some 3.8 million users, which are then geographically segmented. With the average Facebook user having over 300 friends (and a lot more for millennials), the stats fall in our favor. Factor in the fact that Facebook’s connections have brought down the degrees of separation down to just four is enough hope for most users. Four degrees of separation means that no person on Facebook is more than four ‘friends of a friend’ away from any other.

Going a step further, once you are matched, the Secret Crush mechanism will inform both the persons that they like each other. Not very different from Tinder and other dating apps. But, where Facebook wins is the fact that these won’t be two unknown people just brought together via an app. A match here would (hopefully) entail the persons to know a little bit about each other because they’ve been friends and have some bit of history. Knowing how much data Facebook has about its users, I see them using that in the future to add more dimensions to the matchmaking process.

Another issue plaguing dating services, in general, is the lack of seriousness by users. How often we do we just swipe right to someone? Or ghost a match for no good reason? Now imagine having to do that with one of your friends. Not that easy, is it? The parameter of knowing someone and the potential consequences of not following up in a reasonable manner might just force users to be on their A-game in terms of behavior.

Adding to that, users can only select up to a maximum of nine people to be interested in. While that massively reduces the probability, it improves qualitatively where users will have to be choosy and serious before deciding on these nine. Basically, like a limited number of right swipes minus the uncertainty.

While the feature seems interesting, it’s far from the best move Facebook could have undertaken in times when public distrust is so high. The data around the secret crush list is also supposed to be encrypted so nobody can find out who’s on your mind. But most people are not going to trust them anyway. Secondly, this could attract a lot of unwanted friend requests. I’m not saying that this WILL happen, but we all know how creepy people can get. On the other hand, a lot of patrons will be hesitant to hop on board, like in the initial days of dating apps. They won’t know how safe or private this will be. Facebook will have to be smart in marketing this and educating those on the app to try out this dating feature.

Lastly, there’s also an ethical policing that Facebook will have to decide on if they want to allow those already committed to someone else to try these features, or be the moral guard and potentially encroach upon the users’ freedom. 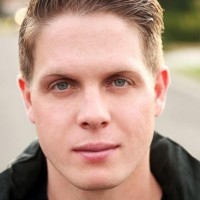